It's April 20th, and the Tigers are juuuuust barely not the worst baserunning team in baseball -- for now. Thanks to Ian Kinsler's steal of second base in Wednesday night's game against the Rays, the Tigers now sit just above the White Sox in stolen base rate.

But there's more to running the bases than just stealing them. FanGraphs has a baserunning stat (BsR) which incorporates other factors, like taking extra bases on hits and avoiding double plays. The Tigers are no strangers to the bottom of this leaderboard either, finishing in the bottom five in the majors every year since 2011, including last-place finishes in 2013 and 2015.

Unsurprisingly, the Tigers being so bad in this area of the game for so long has given them the worst total BsR in baseball over the last six years, and it isn't close. They weigh in at -108.9 runs, while the team above them, the White Sox, sit at -63.7 (with 0 being average).

It can be difficult to rationalize a number like -108.9 without having anything to compare it to. So just how far do the Tigers lag behind the rest of the pack? The box plot below illustrates the distribution of base runs over the last six years, with the middle 50% of teams being contained in the box and the dashed lines extending to what we'll call "an amount of runs reasonably close to the average." The dot at the bottom, then, is so far below average it's not even within the realm of reason. And it's obviously the Tigers. 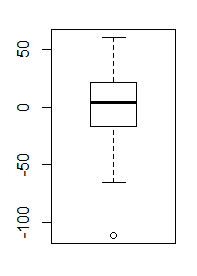 Not only is this total the worst in baseball in the last six years, it also happens to be the worst total for any six-year span in the history of baseball.

If you've watched even a single game of Tigers baseball over the last six years, the team's speed deficiency is the elephant on the field. ESPN's Sam Miller recently wrote an article on Victor Martinez's 2016 season on the basepaths being perhaps the worst of all time (-11.4 BsR). Just ahead of him? Miguel Cabrera (-10.0 BsR). In fact, since 2011, Martinez and Cabrera have been the third- and fifth-worst baserunners in all of baseball, joined by 260-pound Billy Butler, 37-year-old Albert Pujols, and finally-retired David Ortiz. A pretty obvious player archetype tends to sink to the bottom of these lists.

The buck doesn't stop here, though. You don't have to scroll far down the list of lowest BsR since 2011 to find plenty of familiar, unsurprising names who spent varying amounts of time with the Tigers. Prince Fielder belly flops into number six, while Casey McGehee, Jhonny Peralta, Brayan Pena, and Alex Avila all make appearances in the top (bottom?) 30.

While the team has had some monumentally bad contributions in recent years, there have been a few bright spots as well. Ian Kinsler leads all Tigers with 10.9 base runs since joining the team in 2014. That year, he happened to lead the majors in UBR, one of the components of BsR (Miguel Cabrera also had the best year of his career by that measure). Quintin Berry put up 6.8 runs above average in just over half a season in 2012. And -- small sample size and all -- JaCoby Jones managed almost an entire run despite getting on base just eight times in 2016 (including two pinch-running appearances). Jones will probably never lead any team in stolen bases, but he has demonstrated value in his ability to take an extra bag and, hopefully, stay out of double plays.

Even after everything that has been made about the Tigers being so slow around the bases, it turns out that baserunning is a relatively small part of the game. Since a win is equal to about 10 runs, only about five teams a year on each end of the spectrum gain or lose more than a win through baserunning alone. With the team's recent emphasis on getting younger and more athletic, we should expect to see an improvement in this area over the next few years. After all, it would be hard to be worse.