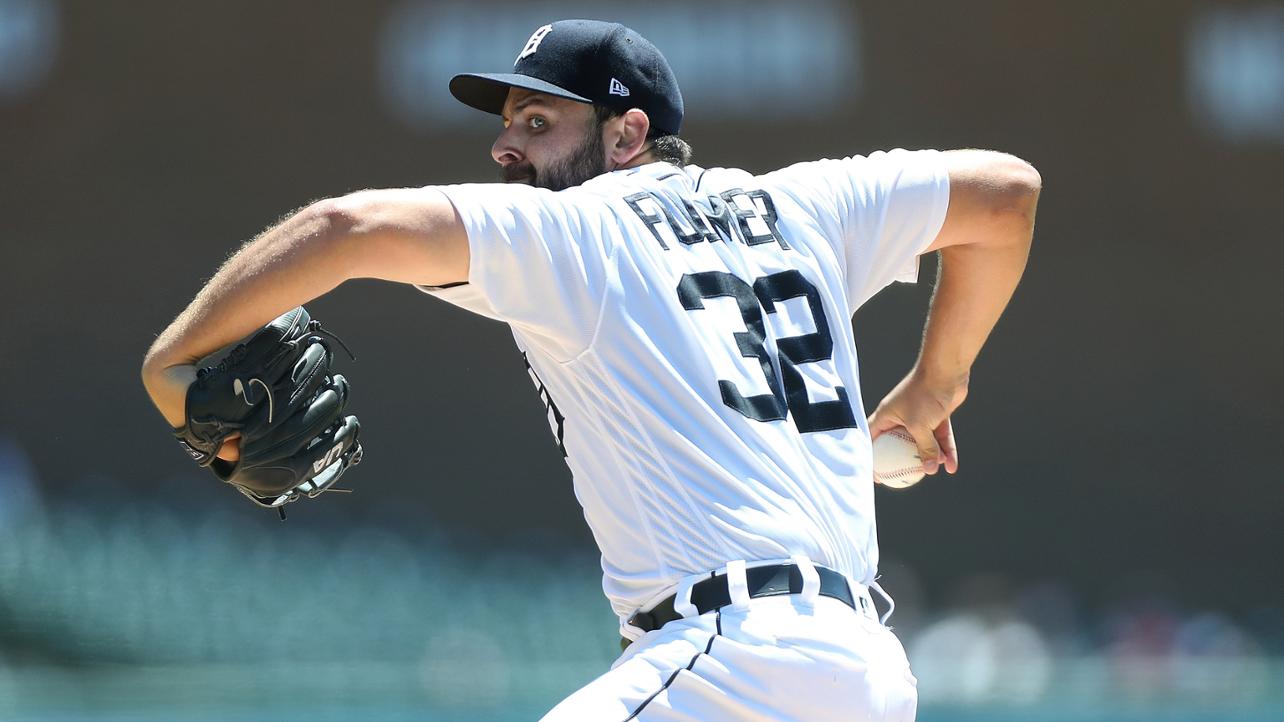 In 2016, Michael Fulmer had the third lowest ERA among American League pitchers with over 150 innings pitched, and looked to be an ace in the making despite an average strikeout rate. The hope was that he could find a way to get more swings and misses while continuing to elicit weak contact from opposing hitters, but he took a step back in both regards in a 2017 season that was cut short by injury. Now on the DL again in 2018, Fulmer's ERA, FIP, and xFIP sit at 4.50, 4.26, and 4.21 respectively, all below average figures. His K% is still about average, but his BB% and wOBA allowed have both gone up. Fulmer's numbers aren't awful, but he's looked like a 3 or 4 starter for most of this season instead of the Tigers' number 1 guy he was supposed to be by now.

So is Fulmer pitching differently now compared to when he was the AL Rookie of the Year two seasons ago? As it turns out, Fulmer threw more 4-seam fastballs than sinkers in 2016, but has relied more heavily on the sinker since then. In 2018, Fulmer has thrown the sinker 35.2% of the time, but only 25.1% of his pitches have been 4-seamers according to Baseball Savant. Here's how the pitches have fared him this season.

The sinker has been hit harder and for more damage than the 4-seam fastball, but Fulmer has thrown it more for some reason. The only advantage the sinker has is a higher ground ball rate (49.7% versus 31.5%), but the results have been poorer because 43.1% of them have been hit over 95 miles per hour, while only 33.3% of 4-seamers have been. The high launch angle on the 4-seam fastball has not resulted in too many extra-base hits because of its 14.3% pop-up rate, which dwarfs the sinker at 3.3%. The results favor the 4-seamer across the board, but there is more to pitching than the results off the bat, so take a look at some Statcast expected stats and fielding independent numbers.

The expected stats indicate that while Fulmer may be getting lucky with both pitches, the sinker is obviously getting squared up more than the 4-seamer. The sinker is being thrown in the zone more than the 4-seam fastball, but is being swung at less out of the zone and earns few swings and misses. Fulmer has issued more walks with the 4-seamer, but this is likely a result of it being thrown out of the zone too much. In fact, when it is thrown in the zone, the 4-seamer gets 25.4% swings and misses, while the sinker sits at just 8.6%. The sinker is very clearly Fulmer's lesser fastball, and there isn't any clear reason why it's his most utilized pitch.

Michael Fulmer has two fastballs, and he's thrown them about 60% of the time over his career. In 2016, Fulmer threw 33.4% 4-seamers and 23.5% sinkers, and threw them in the zone 52.1% and 47.9% of the time respectively. These numbers have almost flipped in 2018, and it may explain why Fulmer hasn't reached his potential. Essentially all of the stats suggest that Fulmer should use the 4-seamer as his primary fastball and use the sinker below the zone to get ground outs, which is what he did two years ago. Fulmer's sinker simply isn't a pitch that should be put in the zone regularly, while his 4-seam fastball gets weaker contact and more strikeouts whether it's in or out of the zone. Using the 4-seamer more may not fix all of Fulmer's problems - his changeup has stopped getting whiffs for no clear reason and is getting hit as a result - but throwing his best fastball more is a pretty simple change that should pay big dividends. Fulmer could be an ace who gets strikeouts and weak contact at an elite level, but it won't happen if he keeps leaning on his sinker.