Given my age and the time of my life when I came into fandom, Mark Fidrych might have been the more natural answer. Fidrych though was a shooting star. He captured everyone for a year. I might have loved him equally, but I still lean toward Thompson

Thompson was a rookie in 1976, same as Fidrych, and did not capture the imagination of the city the way Fidrych did. He hit .218 with 17 HR, and for me as a kid, baseball card stats were all that mattered. In my mind's eye though I can still see his Topps All Rookie card which I owned for many years 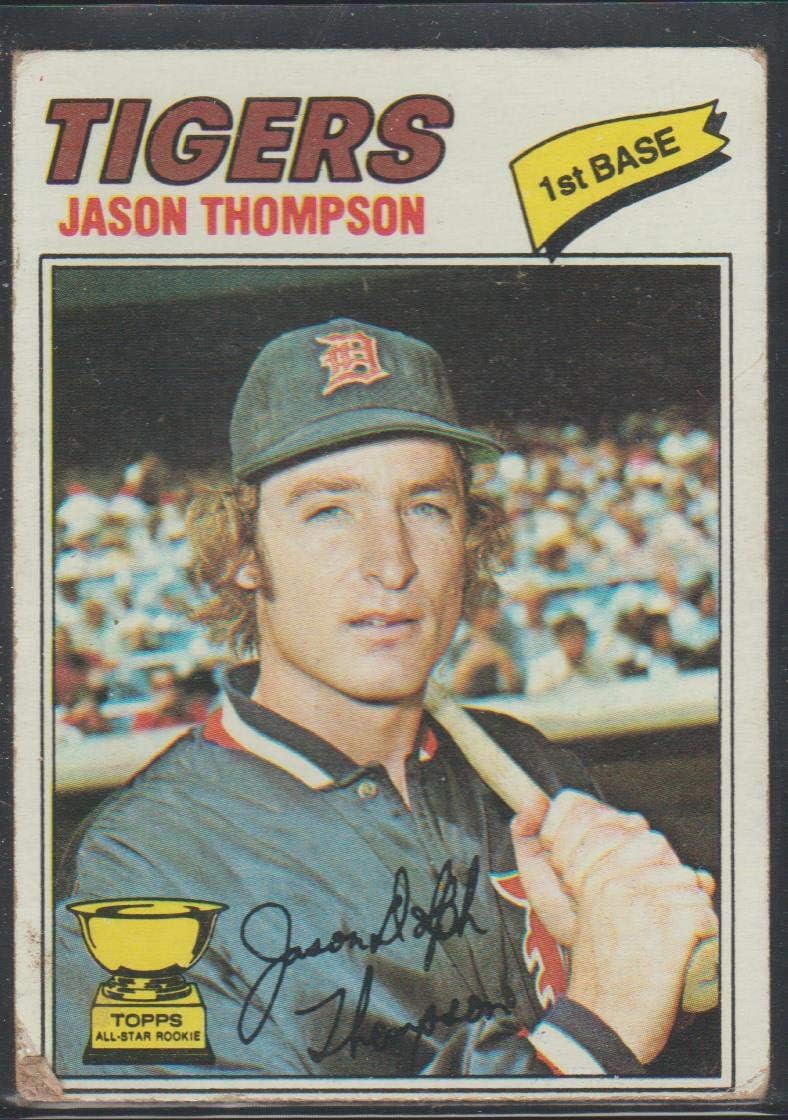 (sorry for the image size)

Thompson had an All Star season at age 22. Hitting 31 HR and finishing top ten in HR and RBI while hitting a solid .270 - remember, baseball card stats matter here

From a more metric-centric perspective he really was an outstanding hitter throughout his career. He peaked with an OBP of close to 40% through his peak years while slugging over .500 a couple of times, sadly neither of those years with the Tigers. He walked a lot, even starting in his rookie season.

But what really cemented his legend can be found on the back of his 1980 card: 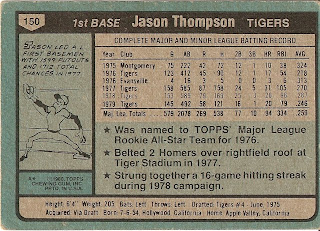 Two home runs that left Tiger Stadium. Everyone reading this probably is aware but for a 9 year old kid, that year and those home runs raised him to legendary status

Sadly, the back of this card also shows nearly the entirety of his Tiger career. He was traded for Al Cowens early in 1980 and went on to another half dozen terrific seasons while Cowens didn't do much as a Tiger and was released a couple years later

I've never been as great a Sparky Anderson fan as most and the treatment of Thompson illustrates a lot of it. If you weren't a "Sparky guy" he had no use for you. According to Thompson (just read this), Sparky wanted Thompson to be more of a pull hitter and Thompson disagreed.

That was it. They dumped him for no other reason.

They did the same with Kemp (who netted Lemon, a terrific return) and later Howard Johnson.

It's easy to play the what if game. But also hard not to imagine what if. If the Tigers have Thompson from '80 - '83 they probably make the playoffs once or more, all else equal. Instead they fooled around with Richie Hebner and Enos Cabell and fell short

Sparky is rightfully a Hall of Fame manager, but he also had some old school blind spots which really cost the Tigers