Defining a path forward can be an often-frustrating prospect for a newly christened front office. After years of lackluster analytical investing, and the dogma of out-of-date scouting, the Tigers have chosen to embrace numbers and the new age.

Understandably, many fans want to sign the big-name free agents. Carlos Correa is unfortunately not going to change the team into a competitor with his play. General Managers like Harris come from the school of diminishing returns: finding guys on good contracts to trade for that are undervalued and develop, developing prospects passed the consensus, and signing guys that have fallen out of favor for team friendly prove-it deals.

Cody Bellinger fits one of those descriptions.

If you want a similar breakdown, read this article by

Chris Gilligan points out that the former MVP already has reported suitors in the Blue Jays and Giants, where he can be expected to assist with his left-handed bat as a plus defender in a premium center field position. To summarize, Bellinger has shown a 2.7 WAR swing after his dismal -1.0 WAR 2021 campaign, and pairs that with a total of 13 outs above average since 2020. There is plenty to be positive on given his 5% increase in hard hit rate and lowering swinging strike (swung and missed) percentages.

Ken Rosenthal reported that "Boras has received multi-year offers but are seeking one-year deals to give him a chance to re-enter free agency at the age of 28."

Detroit should be that home. Bellinger has had some statistical differentiators that can be mechanically and mentally adjusted.

Since 2020, where Bellinger put together the last good season of his career, he has posted below average strikeout numbers, and one season of below average walk numbers. His expected slugging percentages have dipped nearly 100 points, with similar decreases in all other expected and non-expected statistics.

Per Bellingers batted ball data, the outfielder is making less weak contact, which usually telling of improving power. The difference is Cody swings under the ball 6-7% more of the time than his 2017-2020 seasons. After carefully examining pre-swing mechanics, the reason is not as simple as it sounds.

Bellinger is not loading the same as he was before. 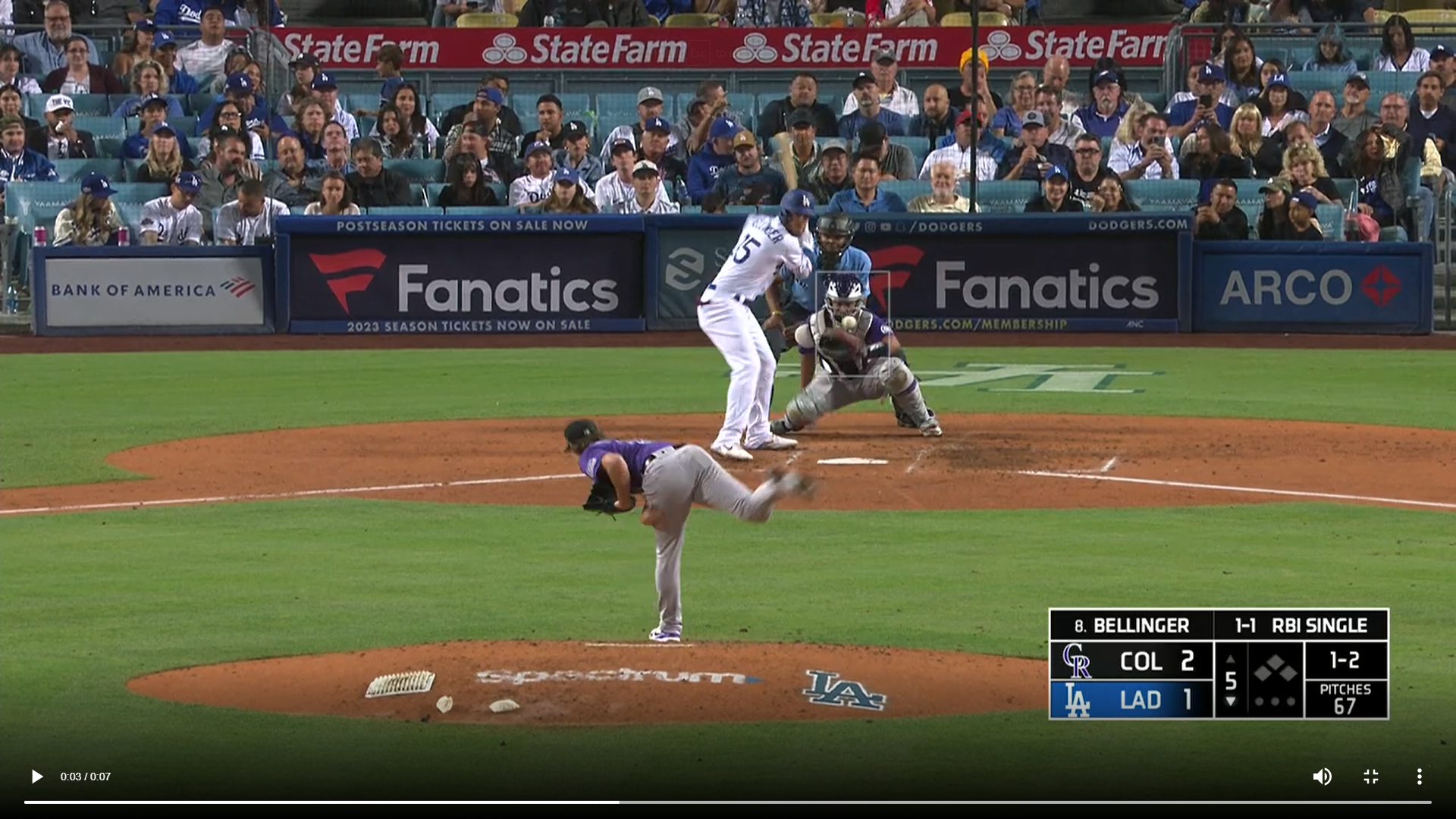 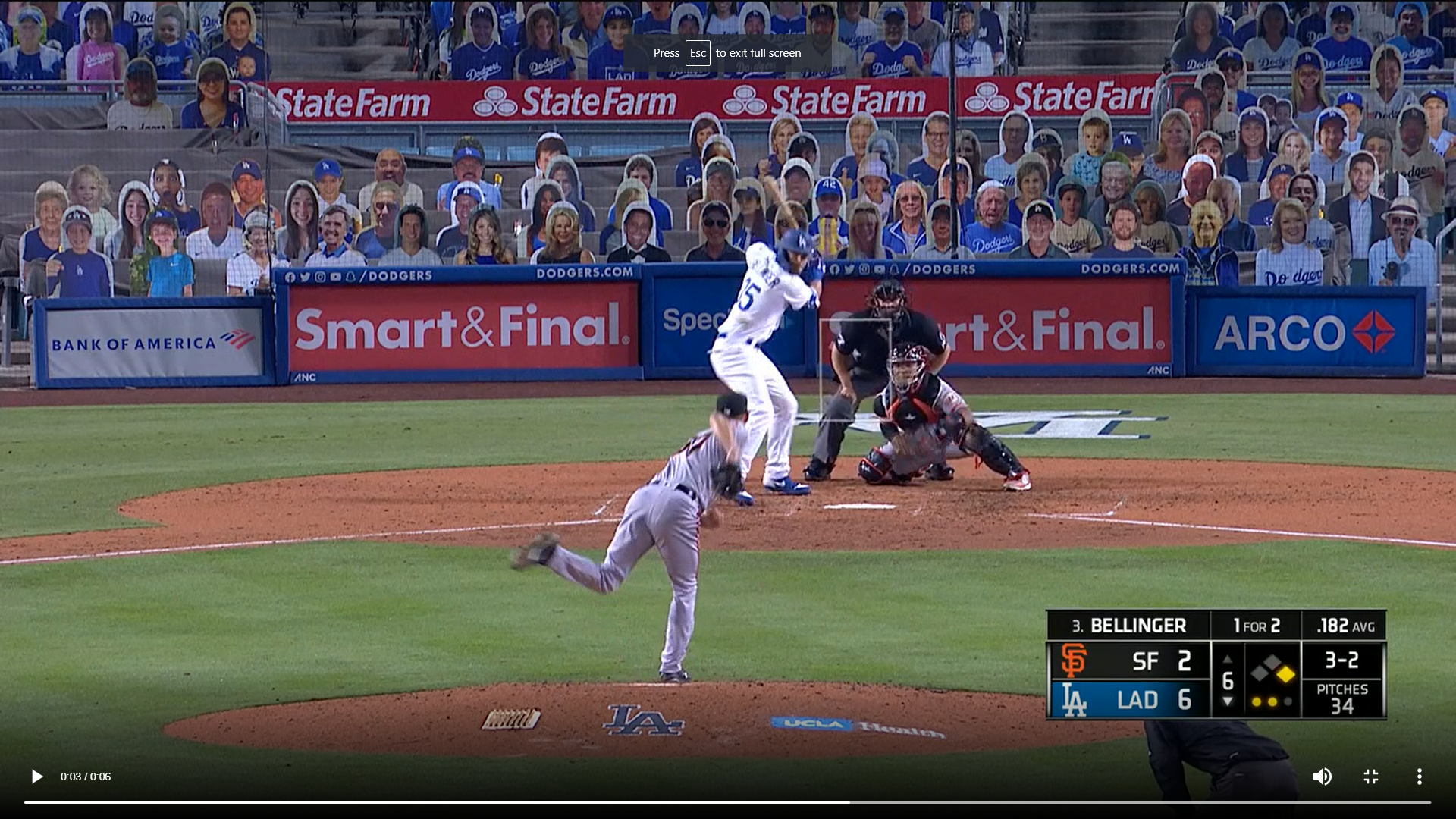 (Update: These claims have been double-checked by a player development analyst in a non-Tigers organization.)

The difference between these two is multifaceted. First, his load is behind the pitcher upon release. Bellinger is letting the ball get closer to the zone more than he did in 2020 before he starts his swing. Although he can get to the balls still with fast hands, the compensation would be to drop the shoulder more. This will naturally cause an "under" swing.

Second, his load is stronger in 2020. You can see the positioning of his legs changing the strength of his back and core. The changes to 2022 continue to push Bellinger to a weaker, under swing. Although his natural swing path creates a lot of lift, you can see the differences in his statistics as well. The outfielder is hitting 7% more fly balls the last two years than 2019/2022, and has more infield fly balls at a 3-6% margin.

At 27 years old, the Detroit Tigers should take a chance on a positive defensive player with MVP potential. Working out a team-friendly deal is not Boras’ style, but there can be reason. Something along the lines of 12-15 million dollars per year, with a mutual year two option would be a sound recovery project in Detroit. Moving Riley Greene to left and rotating the bats of Meadows and Carpenter in right should provide the Tigers with a much-needed average to above average outfield both offensively and defensively. Who knows, maybe Bellinger would be so inclined to stay after reclaiming glory, or even garner a top 30 prospect or two for Scott Harris and Mark Conner to scout. That’s the benefit of positive value after all.

Thank you for reading!