It’s me nerd boy again! We won a game yesterday against the O’s as I’m writing this and in spite of a couple… questionable calls let's put it nicely here… As many fans do, we complained about these calls as we have a right to do. It always feels like these blue’s are conspiring against the Tigers trying to rob us of victories or trying to show us up! Detroit vs. Everybody. Our favorite narrative right? But how much of this is actually based on reality… are our homer brains fooling us in a moment of weakness and anger? Or are we really being conspired against by the entire MLB because everybody thinks Detroit is a crap city! I am here to prove it! If it is true that is.

Statcast has data from every single pitch since 2008. Particularly refined data from 2015 on. So not only can we get video of every single pitch thrown this season but we can also get data of its location. Now for this research I decided that the only way of making this fair would be looking at outside pitches. Home plate is ALWAYS 17 inches in width no matter what. The height of the strike zone is inconsistent. The width is not. This makes it much easier to identify bad strike calls on the outside of the plate. I went to baseball savant and conducted two separate searches, one for lefties and one for righties. I sorted for all pitches that were taken by the batter in attack zones 11, 14, and 17 for lefties that were off the plate by a few inches and did the same for righties but instead using attack zones 13, 16, and 19. In case you don’t know what I mean by attack zones here’s baseball savant’s chart explaining how it’s sorted (the green dotted line is the actual dimensions of the zone) 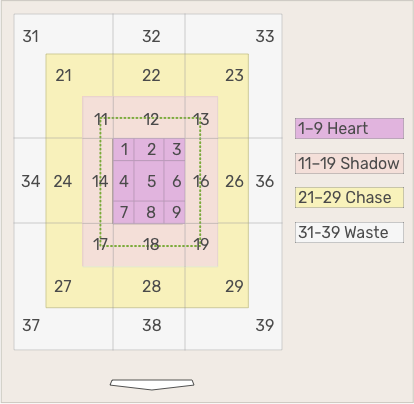 I used the parameters plate X and plate Z to make sure I was only looking at pitches just outside and also adjusting for height. With that being said you better get your tinfoil hat because here’s the part where I (hopefully) prove our instincts true and unravel the massive conspiracy umps have against Detroit!

First let’s take a look at our lefties vs everyone else! Remember Grossman taking those pitches with his discipline and getting screwed. Imagine how many more times we might have been able to yell about fleecing Tampa for Meadows had we just not gotten screwed by these conspiring umps! I’m already getting worked up come on get that bar graph over here! 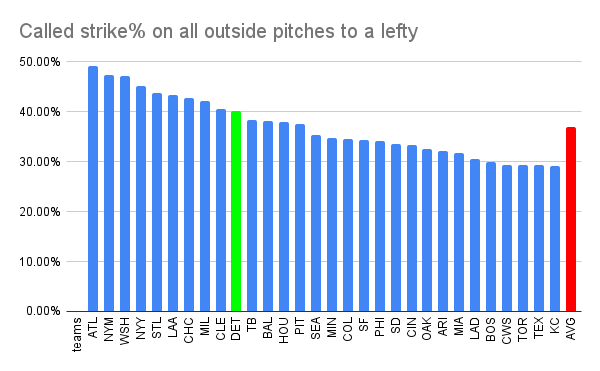 Detroit is in the green and league average is in the red.

Um… that’s not right… I thought we were getting screwed! You mean to tell me that we’re not even 3% higher than league average in called strike% to lefties? Come on! I thought we were getting screwed here! I thought you were my friend baseball savant. It’s still above league average though so maybe they’re trying to be sneaky about it… I haven’t even looked at righties! That must be it! Miggy has been screwed so many times this season! Maybe these stupid umps have sneaklily contributed to Schoop’s slump! That’s gotta be it, come on gimme some skewed results! 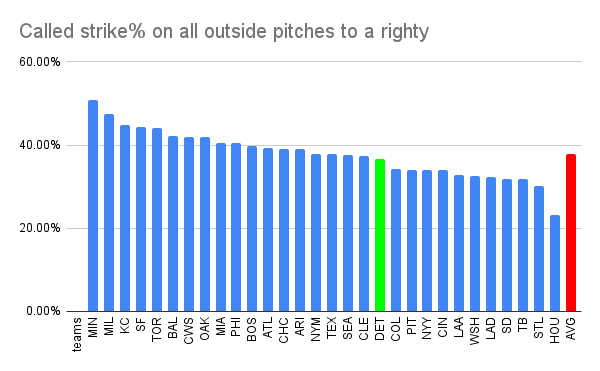 Oh boy… that’s not what I was looking for there. We’re apparently getting lucky in that department??? That’s not right! You mean to tell me our guts were wrong! We actually get less called strike calls on outside pitches to righties! Crap! I’m running out of ideas. The first graph was rough for our narrative but this one is even worse! Hmph! I’ve got it! One final idea! These graphs don’t tell the whole story! We still need to look at the aggregate! That’s it! That’s how the umps are conspiring against us! Surely when we look at the aggregate we’ll be able to see that the umps are clearly conspiring against us to a comical degree! Maybe we can even get a lawsuit going! The sky's the limit! Lawsuits here we come! 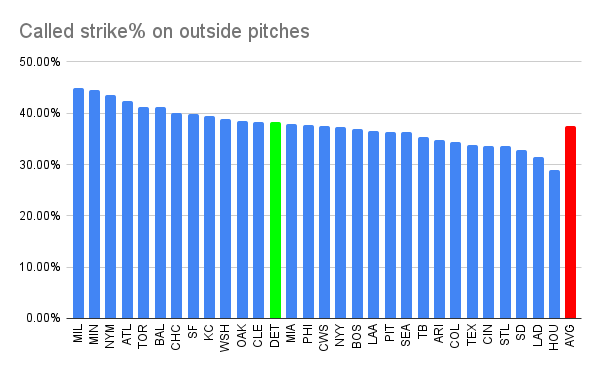 Dude… that’s not what I wanted to see… not even ONE percent above league average… I am speechless… so you mean to tell me that according to MATH there is no grand conspiracy against Detroit! We’re just getting somewhat unlucky! No! How else am I supposed to explain that this playoff team is 10-23 during May! My narratives! My lawsuits! Ugh… I’ll hang up the keyboard on this one I guess.

Conclusion: There is no conspiracy. There are no lawsuits. We just have meh ish luck. I wasted a tinfoil hat.