Since integration there have been 130 qualified seasons from positions players with a wRC+ of 60 or worse. Here’s a chart with all of those seasons that had at least 0 fWAR sorted by fWAR and PAs. 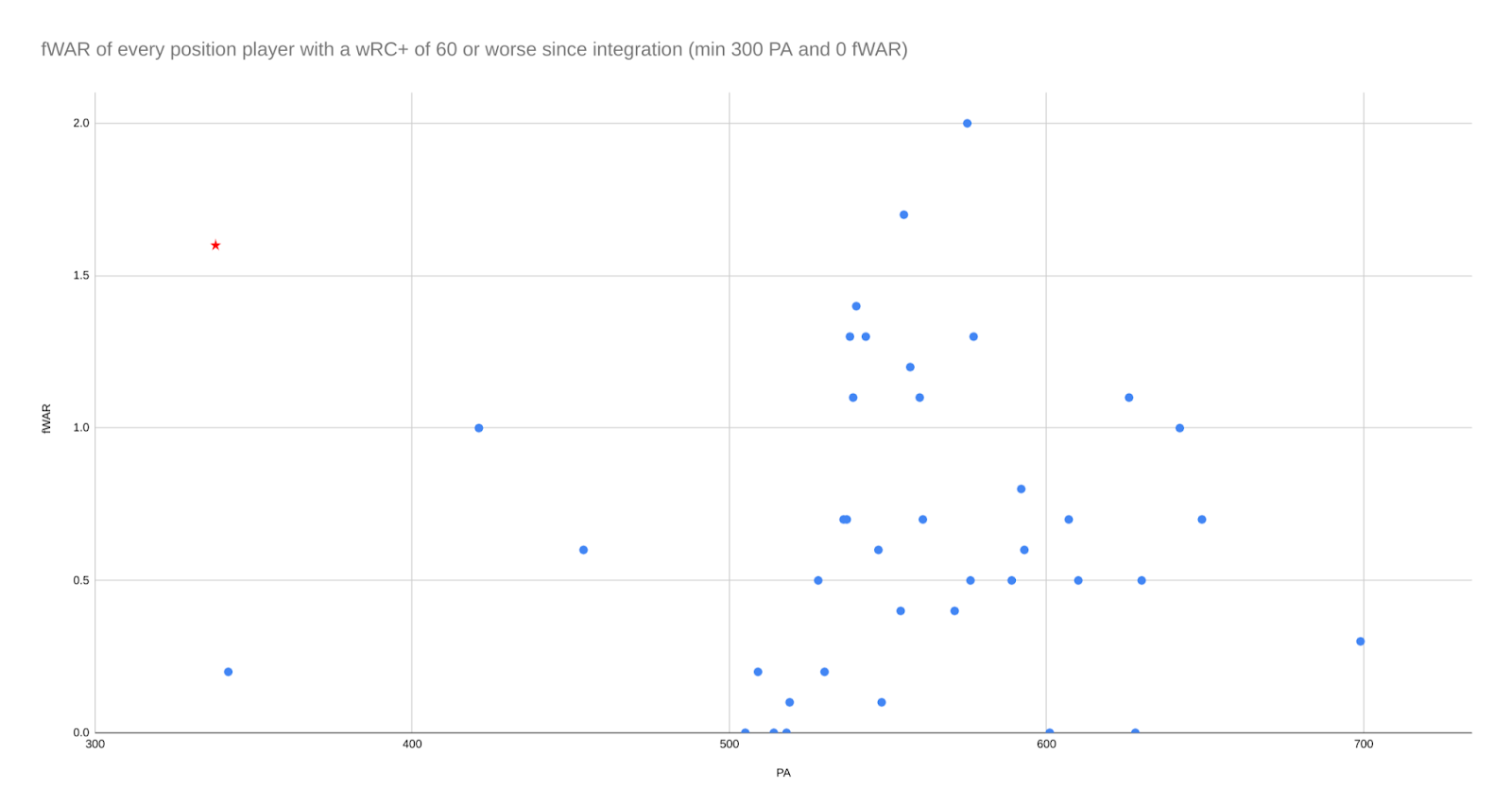 One thing that you’ll quickly notice is that there are clearly much less than 130 points on this chart. That’s because if you have a 60 wRC+ that means that you’re 40% worse than the league average hitter at well, hitting. Typically if you do that for many plate appearances you’ll build up a ton of negative WAR as you’ll constantly be costing your team in offense. Offense is not the only factor in fWAR though. If it was, this chart would be empty. At the top with a whopping 2 fWAR is Omar Vizquel’s 2007 season with the Giants. Vizquel is arguably the greatest defensive shortstop to play and would likely be an easy hall of famer if not for off the field issues. To me however that’s not the most interesting data point in this chart… you notice the red colored star? You might’ve missed it since it’s so far left but that right there is the 3rd highest fWAR with a wRC+ of 60 or less since integration. It belongs to Jonathan Schoop of the Detroit Tigers… in just 338 plate appearances.

To put that in comparison if we take the rate of WAR accumulated per PA by Omar Vizquel’s season he would have an fWAR of around 1.2 by this point in the season. Meanwhile if Schoop keeps this absurd pace up for the same amount of PAs as Omar Vizquel he’d end up with about 2.7 fWAR. That is quite the accomplishment and it is of course powered by a defensive masterclass at second base. Schoop for his entire career during the statcast era has been an incredible second baseman. This season however, he’s not just the best defensive second baseman, but the straight up best cumulative defender in the MLB. Twenty-one outs above average. Easily leading the MLB by 7 outs.

Now imagine what he could do if he could hit the ball.