Tigers are interested in Joba Chamberlain, but is he a good fit?

The Tigers are one of several teams interested in Chamberlain, but can he get things fixed in order to be productive?

Share All sharing options for: Tigers are interested in Joba Chamberlain, but is he a good fit?

In case you missed the news last night, Fox Sports' Ken Rosenthal tweeted that the Tigers were one of several teams interested in New York Yankees reliever Joba Chamberlain. Earlier assumed to be the Yankees' version of Joel Zumaya -- a healthier one, to be sure -- Chamberlain has fallen on hard times in the past few seasons. Could he get back on track in Detroit in 2014?

It seems like he has been around forever, but Chamberlain will be 28 years old on Opening Day in 2014. He debuted in 2007 as a 21 year old. He allowed just one run in 21 regular season innings down the stretch, cementing himself into the Yankees' bullpen plans for the forseeable future. He was moved to the rotation during stretches in 2008 and 2009, but a 4.75 ERA and 4.92 FIP in 31 starts in 2009 ended that experiment. He returned to the bullpen with some success in 2010, but has been derailed by injuries and ineffectiveness ever since. His Yankees career hit rock bottom in 2013 when he allowed a 4.93 ERA and 5.64 FIP in 42 innings.

Why should we care?

While bullpen pitchers are often a dime a dozen, it can pay off to have someone with Joba's natural talent. He has a lethal fastball-slider combo that was downright dominant during the earlier part of his career. He has struck out a batter per inning in his career, but posted much higher totals early on. Even now, he is still inducing plenty of bad swings. Hitters had a swinging strike rate of 9.4% in 2013, just below his career rate of 9.7%. 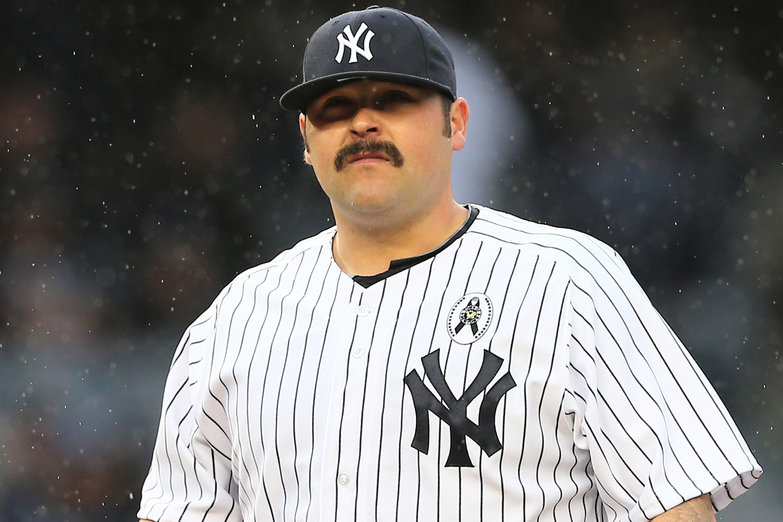 Why should we stay away?

Walks became a big problem for Chamberlain last season. He issued 26 base on balls in 42 innings, or nearly six per nine innings. He has had homer issues as well. Over the past three seasons, he has allowed 1.4 dingers per nine innings. Additionally, he isn't getting as many bad swings out of opposing hitters. In 2013, hitters had an O-contact percentage of 57.7%, well below the figures in the 40s he put up in the first couple years of his career.

Will he end up in Detroit?

I wouldn't mind seeing this happen. Yankees fans are happy to be rid of Joba, but a change of scenery could be all he needs to get right in 2014. The Tigers will be able to bring him along slowly as well, with Joe Nathan and Bruce Rondon handling much of the heavy lifting in later innings. These are the types of moves that many of us are hoping to see out of Dombrowski this offseason -- buying low on talented, struggling relievers in hopes that they can right the ship at a bargain price.

Detroit Tigers 2013-14 offseason targets: Who could be wearing the Olde English D next season?