It's that time of year again! Spring training is around the corner, and it's time to rank the Tigers top prospects.

Hello again, everybody. I know it has been a while, as I've been slacking this offseason. While I haven't been particularly active on Bless You Boys, I've been on @tigersprospects or @jgoro8 babbling about some prospect or another during the winter months, and will continue to do so. However, it's time to rank some prospects, and I'm very excited to roll out another addition of the top 30. Let's get a few things straight at the beginning, because I know there are going to be some questions. I'll address in my very own FAQ section.

Most systems generally do not have enough talent in order to warrant a giant list. In my opinion, I don't think the Tigers have 50 or 75 legitimate prospects, and I really do not care to distinguish between super fringy guys at the back end of a list like that. I commend Mark Anderson over at TigsTown for taking on such a task, but realistically, there is not a whole lot of difference between the 35th ranked guy and the 50th ranked guy, especially in a weak system like the Tigers'.

2. If someone is not in my top 30, does it mean I hate them personally, wish the five plagues upon them, and think they'll never be a major leaguer?

The answer to this is... no. For example, I am not going to rank Jose Alvarez in my top 30. He pitched in the major leagues last season, and will be starting at Toledo this upcoming season. I believe there are plenty more guys in the Tigers organization with a brighter future than Alvarez, and therefore, I have chosen not to rank him. Pretty simple.

3. I know player X in the Dominican Republic or player Y in Venezuela has been featured in other top prospect lists, and has potential. Why aren't they ranked in yours?

I'm not going to rank anyone who has not yet played in America. I do not feel that I have access to relevant information in order to fully grasp those player's talent level. It is not my forte. I know who Anthony Castro and Manny Joseph are, but frankly, don't feel comfortable with the small amount of third person intel I have on those guys. It would be a disservice to everyone involved to rank them. I'd rather wait until I can speak to someone who has laid actual eyes on these guys (or do it myself) in order to make a judgment about their future.

Great, now that we've got that out of the way, let's continue with housekeeping material. I will be releasing these rankings five guys at a time, starting with those who narrowly missed (which will be eight prospects). I will be providing similar length anecdotes to the midseason top 30 series, and also use some features from Daren Willman's excellent site, MLBfarm.com. Here's an example of what each featured player will look like:

1A. Miguel Cabrera - He is good. Miguel hits balls far. 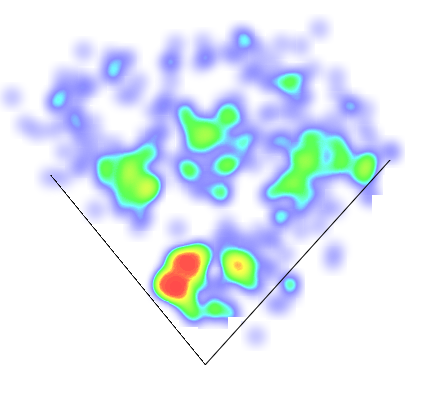 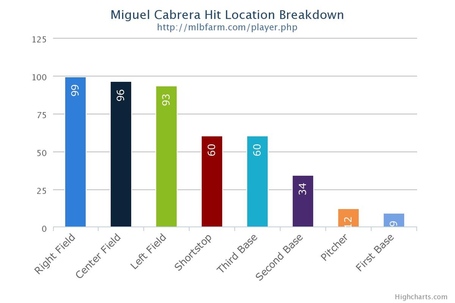 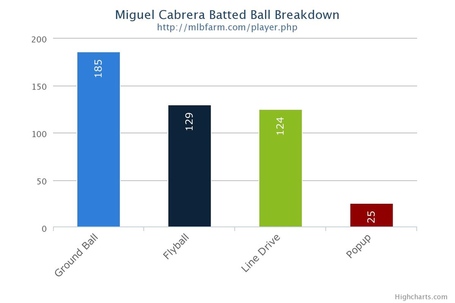 As you can see, I have provided a heat map of batted balls, along with a hit location breakdown, and batted ball type. Remember to please take the minor league batted ball data with a grain of salt, especially at the very low levels. They are far from perfect. I am providing this data as an addition, not a crutch, in order to make a determination on a prospect.

In the rare case that there is actually Brooks Baseball data available on a prospect, I will use that too.